I suspected right from the start that cops had murdered Lonmin miners who were only trying to negotiate better wages for themselves. See my articles here and here.

It’s how the state operates, and it again underscores that the Apartheid regime was no different to the “freedom fighters” who rule the ANC and the state today.

Recently released video footage taken by a police officer during the Marikana massacres show that police shot a 26 year old miner 12 times, and then the cops boast about it. It also shows dead miners littered at the “koppie” – some 100 metres away from where the media footage was taken of the cops shooting miners (the video that was shown all over news networks).

Greg Marinovich gave a detailed account of what went down at the “koppie” in this article. 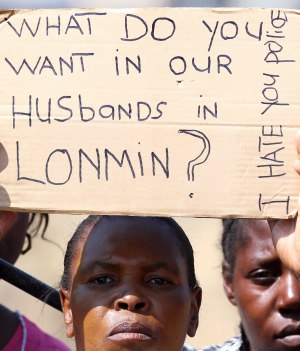