I wrote this article under pseudonym for a website called humanaction.co.za. It was first published on April 20th, 2010. 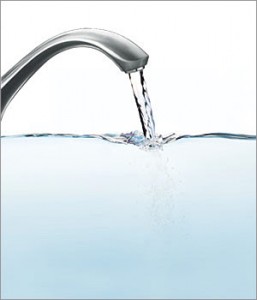 Water Affairs Minister Buyelwa Sonjica this week said “I want to allay the fears of South Africans that there is not in the near future a possibility of a [water price] hike. It’s not in the pipeline.”

The problem with this however is that there will soon be no water in the pipeline.

This is the economic equivalent of watching a train wreck in slow motion, and the most basic problem of socialist economies: the fact that public utilities don’t employ economic calculation to gauge supply and demand for their product, and thanks to our free and fair democratic state, it’s easier to set prices as low as possible for as long as possible to win over the majority, which leads to inevitable crisis.

We already have the template from our failed state energy corporation Eskom.  Now, as the recipe for disaster instructs, just add water!

Water in Joburg currently costs a fraction of a cent per litre – roughly 0.65 cents per litre depending on your municipality, consumption levels and your type of user.  It doesn’t take a PhD to figure out that prices that are set too low will lead to overconsumption of water, and that water utilities won’t generate retained earnings that can be reinvested to maintain and expand infrastructure.

Now, one needs to be careful here.  Tap water doesn’t need to cost an arm and a leg because the marginal cost of supplying housholds with tap water can be quite low.  Tap water prices should be considerably lower than bottled water prices, due to economies of scale, lower marketing and distribution costs, and not having to package water in fancy plastic bottles.  However, compared to the pricing of privately produced bottled water at about R10 per litre, the cost for tap water is currently laughably low.   When you think about it, you’re currently paying a 99.99% discount for perfect quality cold water flowing directly into a few rooms in your home.

While pricing home tap water in line with bottled drinking water would be far too excessive, the price of private water supply is still the best guideline for trying to establish what the price of water from the public sector should be in order to ensure revenues with which to maintain and expand infrastructure.

Mining Weekly this week reported that ‘urgent’ water investment to the extent of R100 billion is needed in bulk water infrastructure and reticulation. To put this into perspective, at a cost of 0.65 cents per litre, 15.4 trillion litres of water would need to be sold to merely see R100 billion in revenue.  This means that every man, woman and child in SA would need to consume 307,000 litres of water in a year to generate this revenue, over 10 times more than the entire country consumed in 2000, according to the SA Department of Environmental Affairs and Tourism’s recent estimates.

In order to run water utilities on a profitable (i.e. sustainable) basis, with the capacity to maintain and expand infrastructure, water prices must be increased. How much?  Well, it is tough to say without a true free market for potable tap water, but a basic look at the demand is helpful.

Looked at another way, in the UK you’ll probably pay around 13 cents per litre (in rand terms) for tap water.  Just like electricity prices, so water prices in SA will have to play catchup to offshore prices after years of mismanagement.  If SA prices were to gravitate toward UK prices, after adjusting for purchasing power parity, local water prices would need to rise to about 6-10 cents per litre.

Assuming then that SA water prices rise from 0.65 cents per litre to, say, 8 cents per litre, we are likely to see nearly 1200% water price increase in the years ahead.  That is of course if the politicians can stomach it.  If not we’ll probably see the makings of a classic market failure and water shortages.

At that point the private sector will step in and water prices will be forced higher whether the politicans like it or not.

Folks, brace yourselves.  If your a married couple with no kids your probably using around 30,000 litres of water per month.  Currently in Joburg your water bill is about R200.  That is currently a fraction of your monthly salary and is extremely low for a resource that sustains your very life and health.  Under more market related pricing however your bill would rise to somewhere around R2400 per month.  That’s a huge jump.

The economuppets will tell you that would be inflationary, but it won’t.  Instead it will be recessionary as income is diverted away from other productive resources and spending power away from other goods and services.

This is a long-term negative trend and once the severity of overconsumption and underinvestment, and capital depletion breaks in the media, the Eskom crisis will look like a picnic.

The dam wall is already starting to crack.  The other day a leaked memo by a South African public official alluded to water prices needing to rise by 18 times.  That would make our estimates look rather tame and would unleash a political firestorm.

We are not talking here about mismanagement of a product that helps you warm up your food in a microwave, we’re talking about a product which, as Derek Zoolander taught us in his merman advert, “is the essence of life.”