Stated differently, the Rand has lost 94.3% of its value relative to oil and gold since 1988. 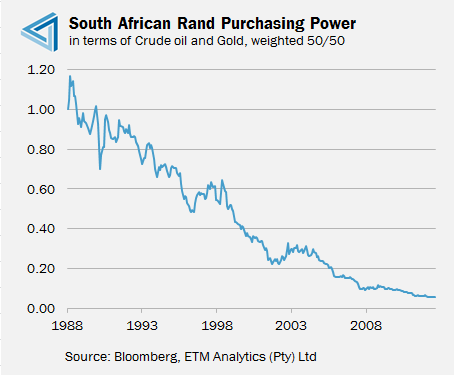 If you want to do the math yourself: