If Mark Shuttleworth manages to get the R250 million that the SARB took from him as an “exit levy” in 2000/01, it would have only 16% the purchasing power that it did back then. In other words, R250 million in 2001’s money is worth roughly R1.5 billion in today’s money.

The easy way to work this out is to compare the rand to a stable measure of value, gold or the JSE All share index.

If Shuttleworth had put the money into the JSE Alsi, it would have grown from R250 million to R1.4 billion, as the index is up from 7,000 points to just below 40,000 points today – a 5.7 fold increase (excluding dividends). 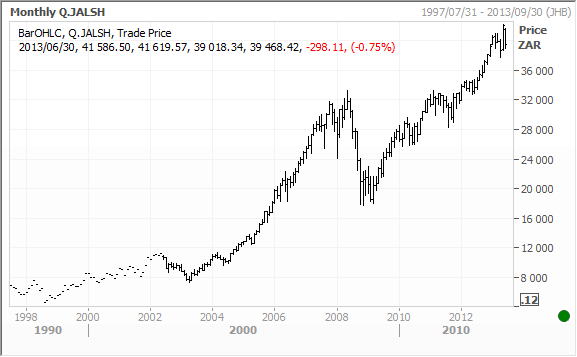 The reason the stock market and gold price have climbed so much is because the rand has lost so much value due to excessive money creation by the Reserve Bank and private commercial banks through the fractional reserve system.

Therefore, if Shuttleworth was to win his case against the SARB, to be fair, the SARB should pay him back around R1.5 billion to make up for the greatly debased value of today’s rand compared to the rand of 2001, not R250 million.